A Piece Of Coal 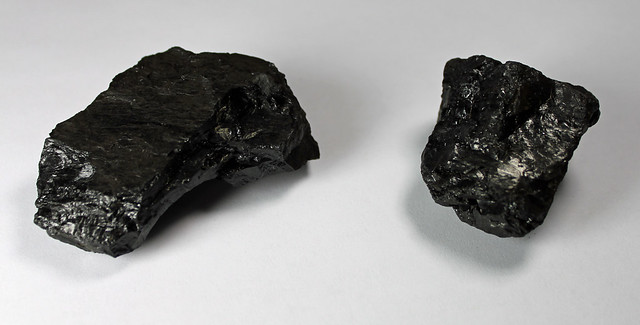 For as long as I could remember, my grandmother favored one of her legs. The limp was very slight but over time, the favored leg became noticeably thinner than the other one and as a result became more and more troublesome. She eventually succumbed to using a cane. That in itself is not unusual for someone in their 70's but the sad thing is, it didn't have to have come to that.

My grandmother, like so many of her generation, resisted seeing a doctor. She preferred to simply trust in the Lord. That in itself is not a bad thing. We certainly should trust in God to help and heal us, however, we also need to recognize that God has blessed us with a wealth of knowledge about how to care for the human body when it is sick.

When she was in her 80's, my aunt, who was caring for my grandmother at the time, insisted on taking my grandmother to the doctor regularly. At her first visit to a podiatrist, he noticed something strange. For years my grandmother would pare down a callous when it became too large and painful. She never considered that there was a reason for that callous and as a result, she was always in search for the perfect pair of shoes which she never found.

The podiatrist however, realized there was a reason for this callous and upon further examination, he discovered the reason. There was a small sliver of coal embedded in my grandmother's foot. It had to have been there for over 40 years and perhaps even longer, back to the days when she would have been around a coal stove.

The coal was extracted but unfortunately, due to years of neglect, the damage it caused could not be reversed. It wasn't long before that due to lack of use that leg became to fragile to bear her weight and she spent the rest of her days in a wheelchair.

It didn't have to have been like that though. If she would have sought medical attention when she first began to have the problem, the offending piece of coal would have been discovered and removed before permanent damage occurred.

Sometimes there are shards that get embedded into our heart. These are things that have no business being there. We feel a bit of a twinge when they enter but we tell ourselves it is nothing. All is well. We avoid "stepping on it" and might even wrap something around it to make it less painful. The problem is, the problem is still there and over time it cripples us.

Painful as it is, If we do not deal with things as soon as possible, if we ignore the things that do not belong in our hearts, it will eventually cripple us spiritually. Instead of moving forward in the strength of the Lord, we will hobble along painfully, becoming weaker and weaker. Yes, God can help us but he also wants us to deal with things. He wants us to learn to recognize the "junk" in our lives and with his help, get it out of our heart!

This blog was published on April 17, 2017 at 06:02am by K Reynolds.
Creative Commons: Attribution-NonCommercial-NoDerivs
Print
Email
Reddit
Blogger

Nice blog. Very helpful and really a good message to alert us not to ignore small things.

We avoid "stepping on it" and might even wrap something around it to make it less painful. The problem is, the problem is still there and over time it cripples us.

But here's the good news... unlike the doctor who could only prevent further damage being done to my grandmother's leg, God can heal us after He "extracts the coal". He can make us completely whole regardless of what we have done to ourselves as well as what others have done to us. In fact, He makes us better than whole... He makes us new!

I was diagnosed with triple negative breast cancer in December 2007, a few months after I joined CB and went through treatment. Two years later, without any warning, a cerebral aneurysm ruptured when I was asleep. It is only by the grace of God that I not only survived but that I am able to type these words today. Though we may face trouble, we do not have to be victims of our circumstances, we can be victors over them through Jesus Christ. (Romans 8:35-39)
View My Profile Blog archive