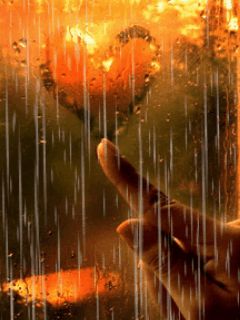 I have been hearing Holy Spirit speak into my spirit the words, ‘Latter Day Rain.’  This is a term that I have not heard of for some time; in fact, on doing some research on the concept it was mentioned that the term; ‘latter day rain’ is rarely used today.

Most of us will have different responses to this term which was first used way back at the turn of the 20th C. defending Pentecostalism.  The revival that broke out in Saskatchewan, Canada in 1948 where the teachings of the ‘latter day rain’ were once again espoused.  According to historical accounts this revival split the AOG churches in America. As I understand it the movement morphed into a religious organization  that soon disbanded into scattered groups, who to this day follow some of the teachings.

I first came across the term when I was at theological college and a number of us ‘spirit filled’ students sneaked out to listen to the teachings of a popular AOG preacher of the day.  This was in the midst of the so called ‘charismatic movement’ that was permeating the mainline churches.

The term comes from Joel 2:23 and has been understood to be the second outpouring of the Holy Spirit; with Pentecost being the first.  All believers through the ages have longed for; prayed and fasted for, a great outpouring of the Holy Spirt to usher in the end times.  Calling these out-breaks of revival by the term ‘latter day rain’ has helped each generation to focus on the reality Gods work in the world.

But history has shown us that many an out pouring by Gods Spirit has been sabotaged by a ‘religious spirit,’ which is unfortunate in that we have allowed the enemy into the camp.  Just think what the spiritual landscape would be if the out pouring’s of God were allowed to grow and flourish under His direction.

Hence I was surprized and excited at the same time to hear the Lord whisper into my spirit the term ‘latter day rain.’  Historians may write that the term is not mentioned much these days but God, who wishes that no one should perish, still has a love for the nations.  Gods plan of salvation will not be rail-roaded by the enemy, for he who has called us is faithful.

I cannot but notice that the date of 1948 of the out pouring in Canada and the formation of the nation Israel has much significance.  I believe that the signs of the fig-tree are speaking to us and pressing in on us. God is calling us to not grow weary in well doing for there are signs in the sky and heavens.

This is a season of grace along with an out pouring of Gods blessings.  Today is the day of Gods favour as he pours out his spirit and grace upon all who will look up and rejoice at his coming.  This is the age of spiritual restoration when the sons and daughters of God will be equipped with spiritual muscle to begin the last great push into the enemies strongholds.  Look up, for the ‘latter rain’ is again falling pushing the harvest up into the sunlight.  This is a day of great rejoicing for the plough-shares are being beaten into sickles ready for the harvest.  The grapes are about ready to bust forth with flavour.

Today is a ‘kairos’ time.  A time to sing a new song.  A time to avail ourselves of Gods grace and for us to pick up our ‘dumbbells’ and strengthen our spiritual muscles ready for the in-gathering.  At harvest time when I was farming one needed to be strong and ready for the long hours of bringing in the sheaves.

Yes, I believe we are in the time of the latter rains for I need to be obedient to his call and to see the signs of the fig tree around me.

I think far too many Christians in this day and age are actually scared of the idea of latter day rain.

Be it because of their current state of comment to God:

Revelation 3:16 (ESV): So, because you are lukewarm, and neither hot nor cold, I will spit you out of my mouth.

Or because they do not really, truly, want to have to change their lives in obedience:

John 14:26 (ESV): But the Helper, the Holy Spirit, whom the Father will send in my name, he will teach you all things

Or because they think they might not be ready for a true movement of the Holy Spirit.

By the way, I thought of this song... an older one, but still a powerful one!